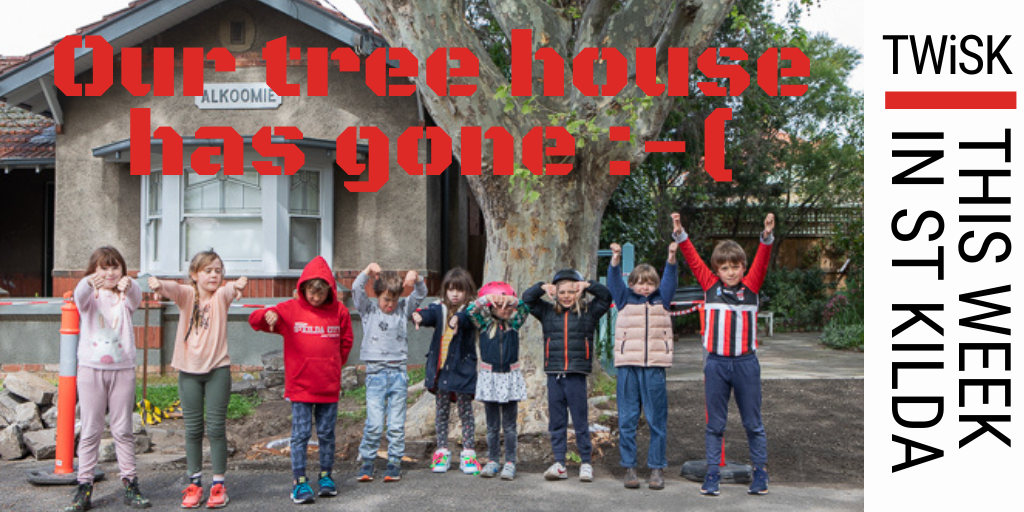 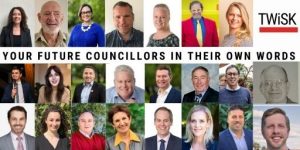 Your next mayor and councillors in their own words

TWiSK compiled responses from almost all candidates in the forthcoming council elections.
It’s your express guide to who is standing in your ward and why.
Read it now 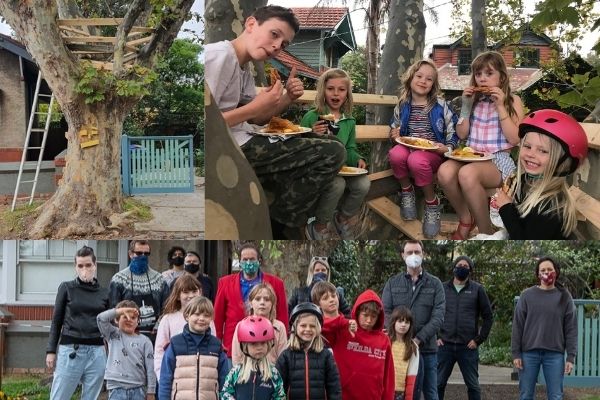 Shocked children of Irymple Street watched in tears on Thursday as their beloved 30-year-old tree house was unexpectedly dismantled by Council contractors.
The humble tree house, effectively just a small platform nestled in tree branches, had been the beloved play space for children, especially during the lockdown with no schools and no playgrounds.
Local Mark Wiesmayr said the council destroyed the tree house despite promising to inform residents beforehand. ‘It was destroyed infront of the kids, even while I was getting signatures on a petition from almost everyone in the street,’ he said.
Mark hopes the community can design and built a new treehouse with the proper permits.
[Quoted in Leader online] Port Phillip Council chief executive Peter Smith said the treehouse and ladder next to it were removed “after being assessed as unsafe by council officers”.

Candidate Forums @ Progressive Port Phillip
Gateway Ward Candidate Forum
Monday 28 September, 8 pm
RSVP
Review: PPP Canal candidates forum
Saturday 26 September, 5 pm – 7 pm
Nearly 80 people joined a zoom forum hosted by PPP and chaired by Guardian journalist and local Calla Wahlquist.
While all candidates were invited, only six were online: Two Green, Two Labor, plus Sustainability Australia’s Dennis Bilic and independent Lesley G Pianella.
It was a positive, lively and well moderated event.
TWiSK found it refreshing to hear directly from candidates. Surprisingly, the zoom format with people located in their homes was direct and personal. It was also interesting to have nearly 90 minutes of Q&A from audience questions.
But the two-hour duration was an endurance test.
Another challenge was the double Green and Labor candidates. This meant the air time was dominated by party people (and coincidently three current councillors). The questions were also dominated by ‘progressive’ advocates: more about the environment and less about business/rates. It was interesting that there were no questions about small business, economic recovery or post-COVID support of business or arts.
This forum demonstrated the intense competition for the progressive vote, paralleled on the other side by rivalry between RoPP and independent Liberals.
A campaign divided.
BREAKING NEWS: Unchained and other are also planning candidate debates
These are likely to be held sometime next week (from Friday 9 October)
Watch for details in the next TWiSK 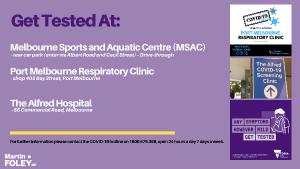 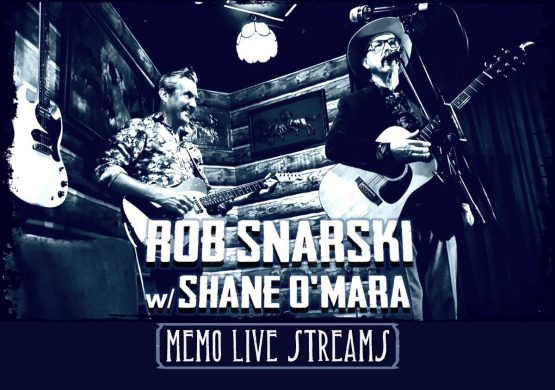 Rob Snarski and Shane O’Mara @ Memo live stream
Sunday 4 October, 7 pm
Class with class. $15 $20 bargain because it includes a seat for you and all your bubble.
Tix 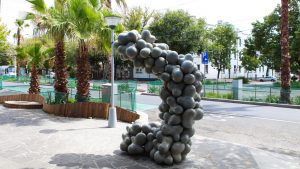 20th Davitt Awards @ Sisters in Crime
Watch now
Catch up with Val McDermid, Tartan Noir Queen, as she talks from Scotland about her life in crime, her latest book, Still Life, and then presents the awards. This year, 124 crime books battled it out.
Read The Age review 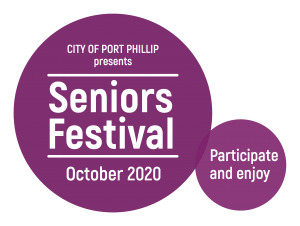 Free festival for seniors @ program out now
During October
Seniors will be zooming and a lot more during the upcoming local seniors Festival.
Get set for exhibitions, talks and seminars. Highlights include U3APP Seminar on The Palace Letters presented by Emeritus Professor Jenny Hocking and Crime & Cocktails with Sisters in Crime.
TWiSK will include events as they roll.
Get the program online 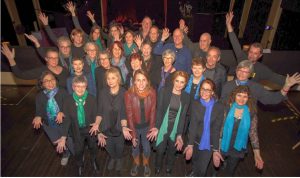 From Hohenberg to Elwood @ Elwood Community Choir
The creation of the Elwood Singing Walking Trail has been featured in a news magazine in the German town of Roseberg, where the first singing trail started around beautiful Lake Orrot.
Choir leader Jeannie Marsh had visited the Lake and participated in the walking singing trail there. The Germans were impressed, knowing that imitation is the sincerest of flattery – presumably they must have a special word for it?
Listen to recordings of the choir made during lockdown individually on their phones and mixed together.
Watch for them in the ‘hood soon.
Our Viral Village
Listen to this original song, all recorded in individual peoples home using phones!
We’re all in this together
Song written by Ben Lee
Performance by 21 Elwood Community Choir members & Matthew Lovering on Guitars
Arrangement by Jeannie Marsh
Mixed by James Hodson
With my own two hands
Song written by Ben Harper
Performance by Elwood Community Choir
Get singing 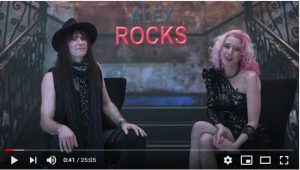 Alex Rocks @ Alexander Theatre Studio
Online local music show
Alex Rocks promotes Australian music including the latest releases and interviews with the artists and recorded at the Alex Theatre virtual broadcast studio. The show is hosted by music curator Suzi Q and musician Mark E.
The program features local music venues located and the people behind the scenes who make the magic happen. The current show highlights the The Espy!
Watch Alex Rocks
Alex Rocks is filmed in their virtual studio which has been set up to find pathways to integrate film, gaming, and theatrical stage productions.
Virtual studio demo 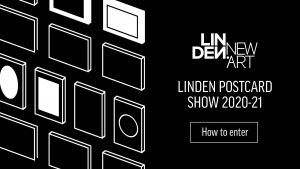 Extended deadline and new dates @ Linden Postcard show
New deadline 20 October, exhibition from 4 December
Like everything else, COVID has changed the rules:
> All artworks must be posted to the gallery instead of delivering them in person.
> Artists can only enter a maximum of three artworks, not four
> Entries will be capped at 1000 artworks – it is best to get in early to secure your place.
> All the artworks will be available for purchase online
www.lindenpostcardshow.com.au

Click and collect @ St Kilda Library
From Monday 21 September, 10 am – 5 pm, Monday to Friday
Bravo. Click and collect is back. Reserve items online and you’ll get a notification when your collection is ready. The return shute is also open!
More info 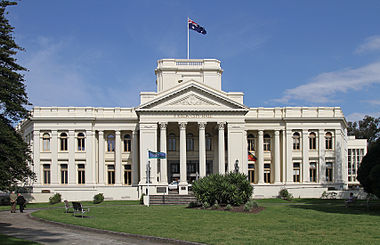 The high cost of finding error @ Council
Last week we reported the results of an internal audit into Councillor expenses. The audits followed questions about some councillors childcare and MYKI expense claims.
A total of just under $3500  was recovered from councillors BEFORE the audit.
Later the audit uncovered an additional $51 in excessive claims.
But here’s the kicker, the cost of the audit was at least $32,500 not including legal expenses. Ouch!
This was revealed in these answers to our questions last week:
Q. What were the consultancy costs associated with the audit reports?
A. $32,500 plus GST for the internal audit, the legal costs are being finalised.
Q. And of course, has the $51 for bicycle gloves been repaid?
A. Yes. 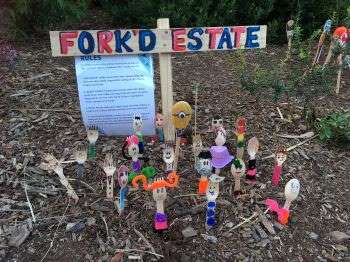 Life in lockdown can be a little fork’d @ cutlery rivalry
Not in St Kilda, but submitted by Elin, an amused reader. After spoons got all the attention, the fork folk wanted to make a point (or two). With council elections on the go, we better watch for the sharp cutlery! 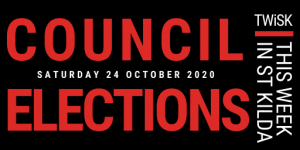 Meet your next mayor and councillors in their own words
We’ve compiled responses from almost all candidates in the forthcoming council elections.
It’s your express guide to who is standing and why in your ward.
Read it now

Have you been push polled? @ Dodgy e-scooter questions
TWiSK received an automated phone survey on ‘transport issues’ on Thursday.
The survey asked about council election voting intentions and then questions about transport. The later questions were in the push polling style, eg: How aware are you of the environmental benefits of e-scooters? And so on.
The survey was by Community Engagement and offered an Adelaide number for questions 08 92086373. Requests for a call back have gone unanswered.
Have you been called?