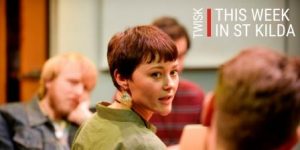 The Ember Bar @ Memo
Mondays – Wednesdays, 5 pm – late
The crew at Memo have opened the doors as a lounge bar with music three nights each week. Entry is free and no booking is required. Monday nights are billed as The Acland Street Express, featuring blues, soul and roots from 8 pm.
More info

PVT. Wars @ Alex
Until Saturday 4 August
It’s 1975. Three U.S Servicemen, now Vietnam veterans, find themselves in a hospital. They tease, torment, and amuse each other in a vain attempt to distract from the reality of returning to a world that doesn’t want them. $35/$30
Tix 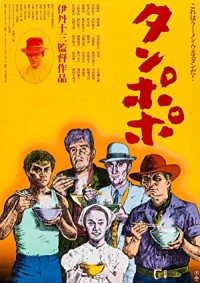 The Antipodes @ Red Stitch
Until 12 August
TWISK REVIEW: A dynamic cast unpack the story of all stories, playing with myth, time and power. Watch on as the plot spirals towards … where it all started. Clever storytelling that stays with you long after the applause.
Don’t delay, the last Red Stitch season sold out!
Tix and info

PUFFS extended @ Alex
Until Sunday 12 August
PUFFS has been extended so you can catch more of the magic.
Tix and info