New faces on Council with women in majority

Wednesday update
Port Phillip has a new Mayor and Deputy Mayor.
As predicted in TWiSK, Cr Louise Crawford was elected as mayor tonight.
Her deputy will be Cr Marcus Pearl .
Congrats to both and all the new councillors.

This Week in St Kilda #243
Yes, we are all zero heroes
Grandmas protest because they can
Libraries back in action (up to 20 people)
Music venues still limited to 20 indoors
– but Dog’s Bar is rocking outdoors! 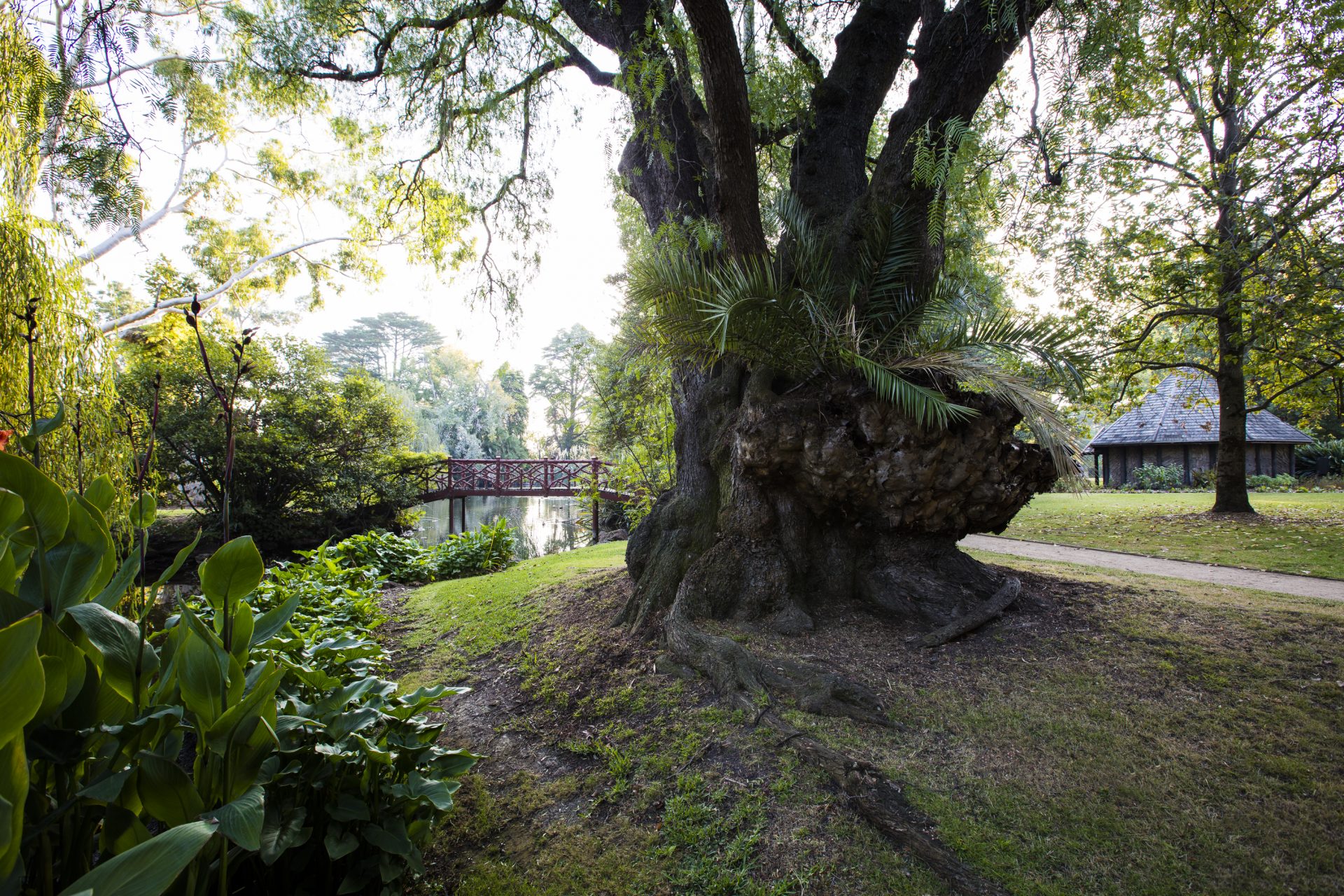 Free entry again @ Rippon Lea Estate Gardens
Open daily 10am to 4pm
The magnificent and extensive gardens at Rippon Lea Estate have re-opened.
Port Phillip residents enjoy free access.
You need photo ID with proof of residency.
Download the entry form
You might even spot a Gruffalo or two! 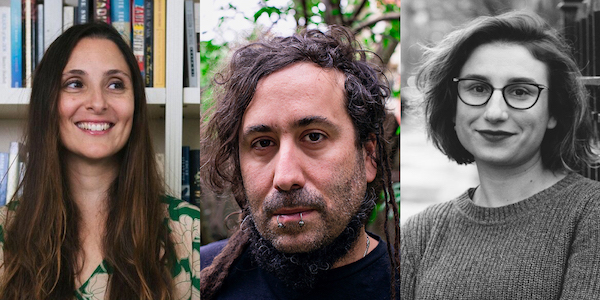 Four new faces on Council with a female majority

Women will be in the majority on our next Council after voters delivered a more diverse but more politically divided result.
The two successes by the Ratepayers of Port Phillip (RoPP) adds significantly more clout to the voices of independent Liberals Crs Bond and Pearl. You can expect them to combine to apply more intense scrutiny to Council expenditure and processes in the coming months and years.
Meanwhile, a reduced Green team will be looking to build strong working alliances with the ALP duo – together they’ll be keen to defend hard won climate change policies and other social programs. Working together will ensure they maintain a powerful voice.
Newly elected Gateway independent Heather Cunsolo may find herself being the deciding vote on contentious issues. An experienced community advocate and social media administrator, Heather is well placed to balance the issues.
The first thing to watch is the Mayoral election from amongst the councillors.
Early mail points to Cr Crawford – but that’s very early mail.
Also on the agenda will be the future of CEO Peter Smith, who has been lobbying for a contract extension.
However staff turnover, an indicator of workplace culture, has been consistently higher than the target set by council.
Mr Smith may find his administration under more critical scrutiny by this council.

Here is our ward by ward analysis …

Click for full size
RoPPs Christina Sirakoff joins re-elected Councillors Katherine Copsey and Andrew Bond. Cr Copsey’s first preference vote was the highest in the municipality and got her elected without needing preferences – well done. With Bond and Sirakoff also polling well, this left the ALPs Robbie Nyaguy to depend on preference flows that didn’t arrive.

Click for full size
Here another sitting female councillor Louise Crawford achieved an outstanding first preference result, just short of a quota. While Cr Gross was the next highest, he needed preferences to get re-elected. Bilic’s preferences were widespread, as were Pianella’s. Many of Blay’s preferences (although not all) went to Baxter. Clark benefited most from Cahir’s second preferences, but the final blow for Cr Gross was the flow from McDonald to Clark, who’s surplus elected Baxter.
Cr Gross missed out by about 100 votes.

Click for full size
With strong votes for Pearl and Cunsolo, the battle was for the third space. The preferences of Greens’ James flowed strongly to the ALPs Martin giving him the third spot.

Candidate comments
TWiSK invited all candidates – both successful and unsuccessful to offer short comments or thanks for inclusion. These are the contributions received by deadline.

Adrian Jackson
A balance result with winners drawn from many political beliefs which is more representative and democratic. When we had single councillor wards the council was dominated by reactionary CAPP for 20 years. I have no one to thank as I did it all by myself and spent no money.

Jo McDonald
I would like to thank the residents of Canal Ward who voted for me, even though I was unsuccessful. I will be continuing my community work through the Junction Area Action Group and I wish all the best for the Councillors who will serve the community over the next 4 years.

Robbie Nyaguy
Firstly, can I thank everyone who supported my campaign and voted for me. Finally, can I ask one thing of you all? Be kind to politicians. Whether you voted for them or not. We need our political leaders to be vulnerable and empathetic which they can’t do inside an emotional suit of armour. So be kind.

Cleo Papageorgiou
A big thank you to those who voted for me. Congratulations to the elected candidates.

Earl James
I would like to thank all the people who supported me and voted Green in the local council elections. It is humbling to have people give of their time freely to support me and the Green cause. I congratulate the successful candidates and look forward to working with them to make Port Phillip a just and sustainable city.

Maddy Blay
I’m so grateful for the support of the Port Phillip community during this election period. Even during a pandemic, this experience showed how our compassion, strength and resilience endures. Thank you to all the volunteers and supporters of the Greens’ grassroots campaigns to push for a more sustainable, inclusive and democratic community.

Cr Louise Crawford
I need to say a huge thank you to the community for putting their faith in me. I am so grateful. I will continue to work hard, to listen, to collaborate, to learn and I look forward to hearing from you. I pay tribute to my colleague, Dick Gross, for his wise counsel, his passion for and his commitment to Port Phillip. The city is better for your guardianship, Dick.

Cr Tim Baxter
I’m very grateful that our community has once again put their faith in me to represent them on Council. I will continue to fight for climate action, a more liveable city, and a COVID recovery driven by a caring Council that invests in our community. Congratulations to those Councillors who have also been elected, and for those who weren’t returned, thank you for your service to our city and our community. Let’s get to work.

Cr Heather Cunsolo
I’d like to sincerely thank the people of Gateway for the support. As a first time, independent candidate, it is an honour to be elected. Now the real work begins. With a well-balanced Council, we need to focus on good representation, governance and results, not division. I look forward to meeting and hearing from the residents and businesses to best serve the community. Please get in touch at heather.cunsolo@portphillip.vic.gov.au or 0466 227 014.

Cr Marcus Pearl
Thank you to the residents and ratepayers of Gateway Ward. It is an honour and privilege to serve as a Councillor of Port Phillip. Now it’s time to get to work.

TWiSK’s thank you to Dick Gross Dick was unsuccessful in Canal, coming fourth by just a 100 or so votes.
Colorful, committed, focused.  Dick has been a tireless contributor to our community.
You didn’t need to agree with Dick to understand that he cared – he cared a lot.
And he was also thoughtful. Always thinking about the ideas behind policies and programs.
TWiSK was impressed by Cr Bond’s recent comments on FB:
“I would like to acknowledge [Dick Gross] who unfortunately hasn’t been re-elected and will be a big loss for our City.
Despite his dress sense, Dick was a brilliant Councillor and the best Councillor on Port Phillip 90% of the time.
We disagreed respectfully to other 10%.
All the best with your next steps Dick and thank you for your 17 years of service to Port Phillip.”
Well said.
We’ll look forward to Dick’s colorful profile in the ‘hood.

Editorial comment
Congratulations to all successful candidates.
The postal vote, the injection of more party-endorsed candidates and the COVID restrictions made this an extraordinary election.
Voter turnout was up significantly to around 67% – compared to less than 50% previously. Party endorsed candidates now make up four of the nine councillors (two Greens and two Labor), with RoPP and independent Liberals also contributing four councillors.
We also saw very strong personal results for female candidates in each ward, namely Copsey, Crawford and Cunsolo, ultimately delivering five female councillors – a very positive and welcome achievement.
So what’s the message from voters?
This is a re-balancing. The vote acknowledges the support for environmental and social programs, but also sharpens the focus on value-for-money and getting things done.
TWiSK welcomes this rebalance but with qualifications …
The past Council was excessively inward looking and bureaucratic – it preferred making plans instead of taking action.
In the COVID times there is no doubt that the community needs more active support from council – and it needs it now – especially to for the arts, music, recreation and hospitality sectors.
This Council needs to acknowledge this and have a ‘crisis-informed’ response – that means doing things differently, listening more and cutting back on internal processes to make action faster.
But the last thing we need is councillors divided into blocks, facing-off across the room.
TWiSK says yes to a rebalance, but a super yes also to co-operation and focus on getting good things done.
At TWiSK our watch words are: vibrant. inclusive and positive.
And that requires co-operation.